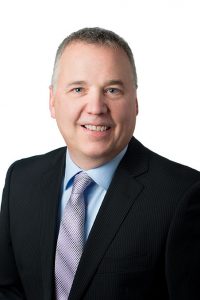 Owen has practiced public accounting in Midland since 1999 and operates as a professional corporation. We are a full-service public accounting firm serving Midland, Penetanguishene, Tay, Tiny, Honey Harbour, Port Severn, Barrie, Wasaga Beach and the whole North Simcoe County area.
Owen was born and raised in Midland, a third generation resident, his grandfather arriving from Collingwood during the Depression to work at the old Aberdeen elevator on Georgian Bay. Owen graduated in 1991 from the University of Toronto with a Bachelor of Commerce Degree, specializing in finance and economics. After working in the mutual fund industry, with AGF Management Limited, for three years, he articled with accounting firms in Barrie and Collingwood. He obtained his CA designation in 1997 while working in Collingwood.
Since returning to Midland in 1996, Owen has been actively involved in community activities including being a former member (and treasurer for five years) of the Rotary Club of Midland, and as a former board member of the Midland Branch of St. John Ambulance, Midland Golf & Country Club and Huronia Community Foundation.
As a professional, Owen is a member of the Chartered Professional Accountants of Ontario (formerly the ICAO) and the Chartered Professional Accountants of Canada (formerly the CICA), the latter being the standards setters for accounting and auditing in Canada.
Owen is married to Maureen, who is a wealth advisor for a Canadian bank, and they have three adult children. He enjoys traveling with his entire family, golf, hockey, stock markets (having passed the Canadian Securities course), music, reading and crossfit.
owen@quilty.ca

Nina has experience in both public and private accounting. A graduate of Lakehead University with a Bachelor of Administration, she obtained her CA designation in 2000 after articling with accounting firms in Orillia and Midland. She also enjoyed a position as Director of Finance for a local not-for-profit organization for several years.
In addition to experience with personal and corporate tax and financial statement presentation, Nina has extensive experience in year-end preparation from both the accountant and client side. A life- long resident of Midland, Nina enjoys the natural beauty of the Georgian Bay area and spending any free time with her family and horses.
nina@quilty.ca 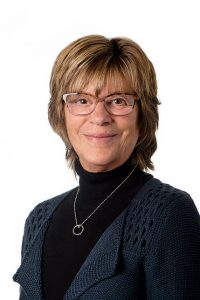 Sandy has worked as a staff accountant in public accounting firms for 30 years, the last twenty-five years in Midland. She has worked in Owen’s business since 2002. Sandy is the firm’s senior accounting manager with vast experience and knowledge in personal tax, corporate tax, bookkeeping, payroll and financial statement preparation. She enjoys both personal and corporate tax planning, using her excellent communication and interpersonal skills to make clients feel comfortable, educated and included throughout the process. She welcomes her client’s telephone and email communications. Sandy was born in Toronto, and moved to Midland in 1992 from Waterloo and enjoys the small town atmosphere here. She is a member of Midland and District Business Women’s Association (and past treasurer and secretary) and enjoys volunteer work with several community based organizations.
sandy@quilty.ca 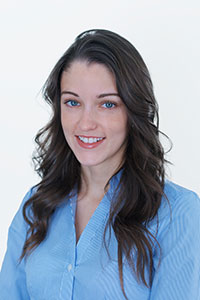 Amanda graduated from York University in 2018. After working in public education in Toronto briefly, Amanda returned home to Midland where she worked with public libraries and at local not-for-profit organization.
Amanda enjoys working to help build up local businesses and the community, and is looking forward to apply her skills to help clients as part of Owen Quilty Professional Corporation’s team.
Born and raised in Midland, Amanda spends her free time outdoors on Georgian Bay with her dog and family boating, painting, and hiking.
amanda@quilty.ca

Book a Consultation With Owen Quilty Professional Corporation CPA in Midland, ON